IBM has a long history of leading innovation with open technology. The company is a founding member of the OpenStack foundation. In this interview Sahdev Zala, Senior Software Engineer at IBM, explains INDIGO and IBM collaborative contribution to Open Initiatives: the case for OpenStack and TOSCA.

How did IBM and INDIGO collaboration start?

“I had an honor of becoming a founding Project Technical Lead (PTL) for OpenStack Heat-Translator and TOSCA-Parser projects - Sahdev Zala, Senior Software Engineer at IBM, explains - I was approached by INDIGO team on INDIGO’s interest of using TOSCA as a portable orchestration modeling language for heterogeneous clouds and that INDIGO team would contribute in taking the Heat-Translator and TOSCA-Parser projects to the next level of TOSCA integration. The project needed many improvements, as it was in early stage, specially it needed real life use cases and that’s exactly what project INDIGO team was bringing along with code contributions”. This is when the collaboration was started and it only grew stronger. IBM and INDIGO contributors jointly presented the work in a main session at the OpenStack Austin Summit 2017 and OpenStack Barcelona Summit 2017.

Who will benefit from INDIGO’s contribution?

“I believe the OpenStack Heat-Translator, TOSCA-Parser and Tacker projects are adopted by many companies. They all, and any new TOSCA adopters specially in the OpenStack space, should be benefited from INDIGO’s contribution to the TOSCA OpenStack projects”. These contributions have enabled TOSCA projects for better parsing of TOSCA simple profile in YAML, Ansible deployment support, Keystone based security enhancement and many new use cases - just to name few. Some of the companies which are either contributors or users of OpenStack Heat-Translator and OpenStack TOSCA-Parser projects are Brocade, Fujitsu, GigaSpaces, Huawei, IBM, Nokia, Tata Consultancy Service and ZTE Corporation.

How would you recommend INDIGO to other service providers? 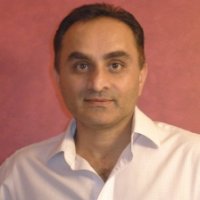 “In my honest opinion, INDIGO solution and the team behind it is just amazing. I worked with them for over two years and had an honor of meeting many team members at the European Grid Infrastructure (EGI) Conference 2017 and INDIGO Summit 2017. The INDIGO community is professional and dynamic. I would highly recommend businesses to take a look at what INDIGO offers. I believe there are several efforts going on at various levels of cloud application deployment and usage, and INDIGO has a solid offering for full application deployment backed with rigorously tested scientific use cases. The solution that INDIGO team has developed can fit for broader adoption across academia and industry need.”