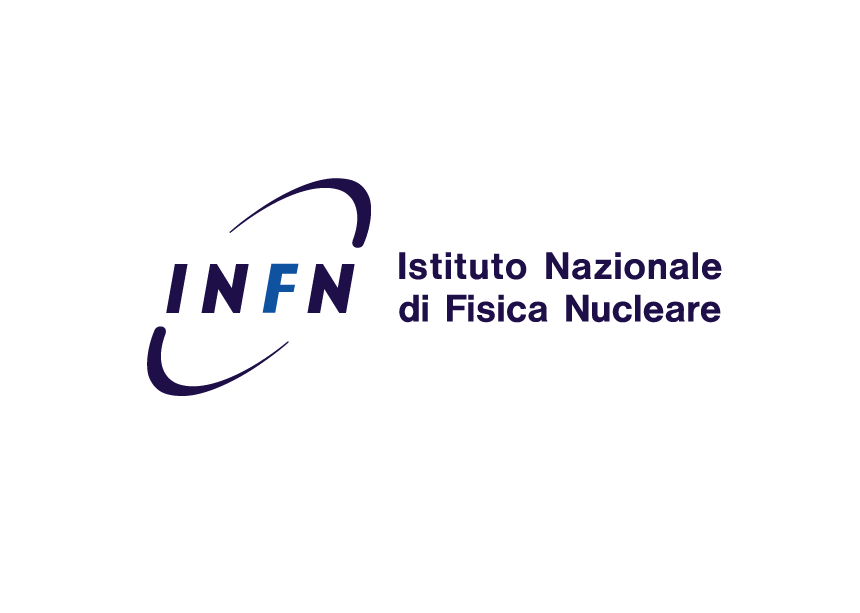 The Italian National Institute of Nuclear and Particle Physics (INFN) was founded in 1951 and is a governmental research organization with 20 divisions, 4 national laboratories and three national centers spread throughout Italy. Its mission is to promote, coordinate and fund nuclear, particle and high-energy physics research in Italy.

Since its inception, INFN has been developing open ICT innovative solutions for its own advanced needs of distributed computing and software applications. It has a remarkable excellence expertise on Grid and Cloud technologies, having fostered and participated, with leadership roles, to many of the large Projects financed by the EC that eventually led to the realization of the European Grid Infrastructure (EGI). The Grid middleware, based on open standards and protocols and on high-level security technologies, provides researchers with an integrated access to computing and storage systems, heterogeneous and owned by various institutions, establishing a new scalable paradigm, replicable in other sectors of the society (e.g. eGovernment).

The middleware used in almost all the 350 EGI Data Centres was designed, developed and released by the European Project EMI (European Middleware Initiative), where INFN was one of the main partners. INFN itself develops and provides many of the key components for the EGI operations, including the general interface to computing resources (CREAM), the interface (based on the OGF standard called SRM) to access distributed storage (StoRM), used by the main INFN Data Centre (CNAF‐Bologna) and by other European centres, the Virtual Organizations Membership Service (VOMS), the resources access policies service (ARGUS), the accounting service (DGAS), the Workload Management System (WMS) and an access service to the computing infrastructure based on federated authentication and authorization systems.

Furthermore INFN has been developing an open Cloud IaaS solution, integrated in Grid (WNoDeS), that was one of the solutions of the EGI Cloud Task Force, and the Catania Science Gateway Framework that is one of the frameworks fostered by EGI. INFN, as coordinator of the Italian Grid Infrastructure (IGI) is leading the development of distributed computing also at the national level, having established one of the largest European Grid infrastructures, including more than 56 national Data Centres. INFN has well established collaborations with the main international Research Centres involved in the development of ICT solutions for the scientific world and is a primary partner of many projects funded by the EC through the FP7 program.

INFN has recently started a challenging participation to two national projects (PRISMA and Open City Platform), funded by the Italian Ministry of Education and Research and belonging to the Smart Cities and Communities framework, to develop open source cloud solutions capable of federating different cloud services provided by both public institutions and private companies. This open source and standard‐based federated cloud aims at allowing different actors (private companies, academic and research institutions, public sector institutions) to provide efficient, cheap and standard-based services to the various Italian public administrations. Some pilot public administrations are involved in these projects with the role of validators of the federated cloud solution by means of application/services/procedures (implemented as SaaS or PaaS) of their interest.

INFN has matured extensive experience with agile software development processes through several previous European projects, such as EMI, WeNMR and the EGEE series.