The path towards INDIGO-DataCloud Release

The maintenance and development of the INDIGO-DataCloud components and services is illustrated in the image below:

The INDIGO-DataCloud distribution is organized in time-based major releases tentatively delivered in M14 and M24 of the project. Component releases are classified in major, minor, revision and emergency, based on the impact of the changes on the component interface and behavior.

Taking into consideration the length of the project, the rapidly evolving cloud-environment, the need to offer stability to production infrastructures and in the same time to address requirements from user communities, the INDIGO-DataCloud major releases will be supported and maintained for 10 months after the release date. The availability of a new major release of INDIGO-DataCloud does not automatically obsolete the previous ones and multiple major releases may be supported at the same time according to their negotiated end-of-life policies.

Taking into account the rapidly changing environment, especially some of the upstream release cycles (e.g. OpenStack), the INDIGO-DataCloud maintenance schedule is organised in the following periods: 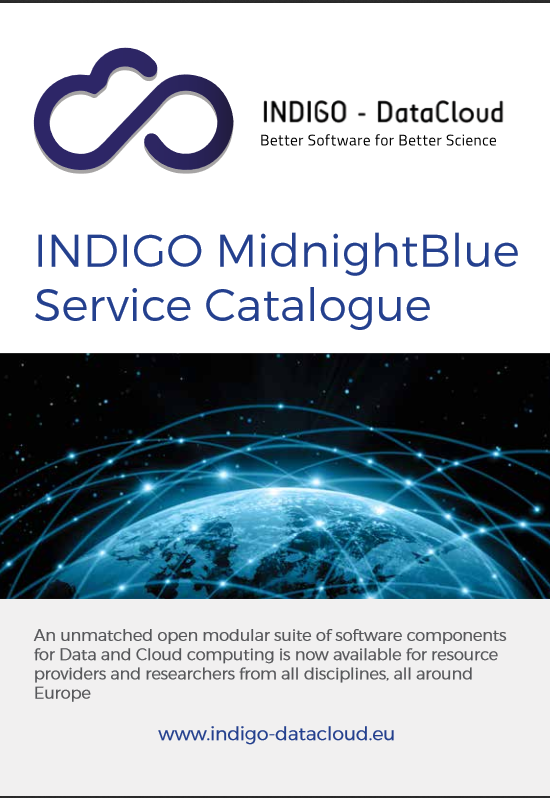 Come and learn more about INDIGO at ICT2015
ICT 2015 - Innovate, Connect, Transform, 20-22 October 2015 in Lisbon, Portugal, organised by the European Commission, together with the Fundação para a Ciência e a Tecnologia is the biggest EU event on ICT R&I. INDIGO - DataCloud will be ...
INDIGO-DataCloud architectural document published on arXiv

The document "INDIGO-Datacloud: foundations and architectural description of a Platform as a Service oriented to scientific computing" has been published on arXiv and is available at this link